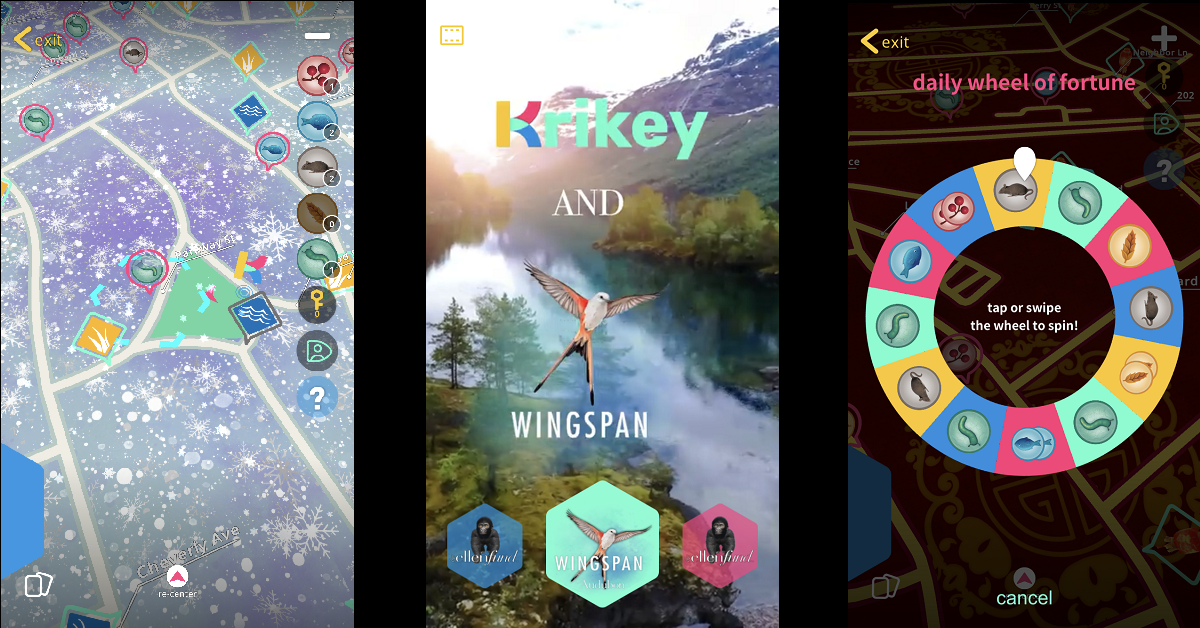 I’m an incurable dabbler. I subscribe to dozens of email lists and forums for hobbies that “belong” to people far more passionate about those pursuits than I; not that I’m any less enthusiastic than them, just far more easily distracted. Still, I like to keep up, occasionally wandering amid conversations about a hobby and seeing what is most exciting for people right now.

Birding is one of those hobbies that has flitted in and out of my life. I’ve sat and tallied numbers for Backyard Bird Counts, gone on Birding Hikes in hope for rarer glimpses, and kept my feeders full during winter so I can admire my local and passing-through feathered visitors from the comfort of my kitchen. It’s a hobby that ticks all the right boxes in my brain, and yet, I’m not keeping a lifetime-sightings list, that dedication to record keeping feeling a step too close to total immersion. I don’t know if I could look at the vastness of such a list and not immediately ache to complete it.

There are plenty of other, easier ways to scratch that collecting itch. After all, the most popular style of location-based gaming is about going out into the real world to collect digital creatures, whether they be Pokémon, dinosaurs, aliens, and so forth. The travel demanded from these games is far less intense than achieving a lifetime birding list. And so, my full attention was paid when a birding-themed, location-based game was announced, in partnership with the Audubon Society no less.

It’s a tripod of partnerships actually, with the Audubon Society providing the credibility and potential user base, the augmented reality app Krikey providing the technology, and the hit bird-centric board game Wingspan providing the game theming. It seemed like a pretty great mix.

(Just a heads up about structure: since I don’t post much these days, I figure I’ll get two whole posts out of this rambling, with today’s post focusing on the app and next week’s on the board game. They’re disconnected enough to need their own space anyway.)

The early days of Wingspan, the augmented reality game (AR) version, were confusing. The game was hosted within the Krikey app which had its own branding and fledging social-share ecosystem, plus Krikey had done some previous, unrelated promotional projects which were highlighted upon booting up the app. The fact that Wingspan hadn’t gotten its own app with its own skinning, and seemed to be buried within Krikey, made me wonder if I had once again fallen for a promotional trick; some branded showcase tech tool paraded as a deeper AR experience. Later, as the game was updated, this improved a little— or at least it did on the surface, with little things like Krikey’s home screen icon changing to Wingspan’s key art.

A location-based app, the Wingspan augmented reality game has you wandering the real world in search of digital birds scattered about the game map. Each bird has a “food requirement” that needs to be met before it can be collected, and those bits of food are also populated across the map of your neighborhood. As you walk up the street and approach one of these bird/food nodes, an augmented reality scene immediately activates in your phone’s screen and you must whirl about on that spot to find your target using your phone’s camera. If the target is a bird, you then toss the necessary food their way in order to add them to your collection.

Gosh, from top to bottom, I really don’t like Krikey’s user interface and design. There are many things to rant about here, but the biggest sin is how the app initiates its augmented reality scenes. When you approach one of those nodes you’re immediately flung into the scene with no warning. It’s dangerous and annoying. I once had a scene activate as I was crossing a busy street and because the scene was planted in that specific spot, I couldn’t go get the bird without getting run over. There’s no “reset scene” button or the like (plus, you know, maybe not activate an AR scene without explicit user permission in the first place?) I’ve complained about this in the past, but generally I’m of the belief that camera-based AR and location-based gaming don’t mix, and that games must offer an alternative for when safety and privacy demand it. I *hate* pointing my camera about when other people are around because they think you’re taking their picture.

It’s not like the AR scenes are something to cheer anyway. They are incredibly clunky, with the birds flying around rigidly, and objects often don’t respond to interaction as they should. More than once I’ve walked in circles tapping on a food token rendered in AR on the ground, uselessly trying to get it to activate.

Kirkey’s aggressive social sharing system is absurd, immediately launching into a selfie video recording session after the capture of a bird (again without permission), and requiring multiple taps of ill-defined buttons to delete and not share said video of my startled and confused face.

Once while playing the game on a lunch break walk, I managed to quickly switch the video away from my face, but accidentally posted the blurry, swirling video I had instead shot of the pavement. Back at the office and now in a meeting, my phone kept embarrassingly buzzing from Krikey notifications. While remarkable that the app has a community at all, desperation for any sort of fresh interaction seems to reign there.

I’ve been beating up on Krikey, but I’m going to lay some blame on the Audubon Society too. Even when you do capture a bird, there’s no reward for that effort. You do get to reenact its AR scene (oh boy), but surprisingly there’s no exploration of that species. No fun facts to learn, no sound files of the calls that bird makes, maps of migratory patterns… nothing. Going into it I would have bet real money that such a feature was essential to an organization like Audubon, but maybe that was a feature left on the development floor? To its credit, Krikey has been pushing out the occasional update and new, small features. Maybe it’s in the roadmap.

And where does the Wingspan board game fit into all this? The art, I guess? Couldn’t really tell you, for none of the mechanics of the board game show up in the app.

The cynical truth of it all is that it probably doesn’t really matter if the game is good. Audubon gets to show its audience and stakeholders that it’s hip to new technology, new doors open for Krikey thanks to adding a household name like Audubon to its partner list, and Wingspan the board game gets some solid marketing impressions by getting in front of Audubon’s bird-crazed audience. Winners all around.

Making games and apps is incredibly hard, and maintaining an app after launch, let alone publishing something, is no small feat. I hate being so negative about the Wingspan AR game, but the core potential of the idea is so good that it riles me. Birding is the original, analog Pokemon Go, so a location-based game should be the perfect fit, and nothing in this game fits. It’s disappointing to see the execution of that concept so poorly delivered, and to see so little of the board game I’ve come to love actually represented in the app.

Maybe over time we’ll see the Wingspan augmented reality game spread its wings and fly, but my gut tells me that it’s never going to leave the nest.

Next week I talk about Wingspan, the board game, and my words are much more positively-inclined.

2 thoughts on “Ruffling feathers with the Wingspan augmented reality game”