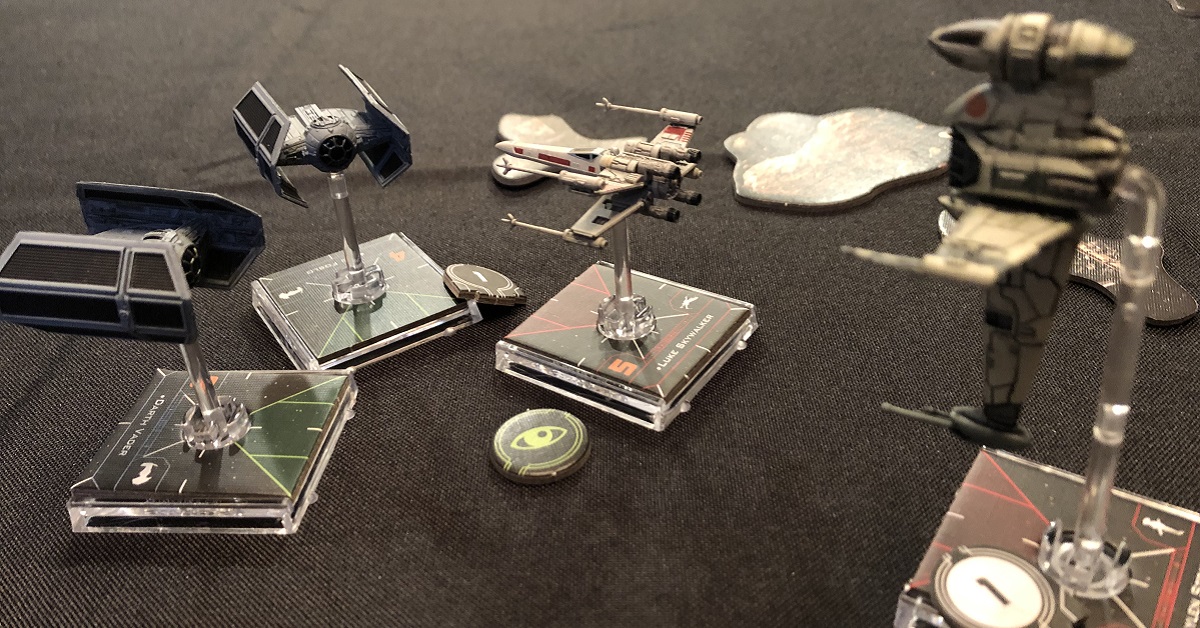 I miss board games. The social part, of course, where we get together with friends to have drinks and a good dinner, but also just the tactile aspect of board gaming. I enjoy thunking pieces down in triumph, sorting my resources into neat rows, staring in terror at the cards I’ve been dealt, and so forth. One day that’ll return.

Digital platforms like Board Game Arena and Tabletop Simulator have been ok substitutes, scratching the itch for the short term. The problem with those platforms is that their catalog of available games is very limited and often require players to have a prior, intimate knowledge of the game rules. Plus, as always, getting people together is never easy, even now when people’s schedules are more open than usual.

A shout-out to Board Game Arena: my kid has been playing games of chess, checkers, and the like on the platform with his grandfather, which has been an absolute life-saver in the afternoons when there’s no online school and we parents still have to work. The problem was, however, that my kid kept getting random game requests from strangers even in the brief moments between games, which also initiates a chat function with that stranger; as you might imagine, that’s not something I was cool with. I asked BGA if a feature could be added where you can opt out of public games, making it so games could only be initiated by people on your friends list. They added the feature within the week.

Moving back to the physical realm, the board game that has been grabbing my overstretched imagination over the last year perhaps isn’t technically a board game. I’ve been doing a lot of fussing over the Star Wars: X-Wing Miniatures Game, a game where you place little Star Wars spaceships on the table and “fly” them around trying to shoot down your opponent.

Miniatures games have always been a dangerous weakness of mine, reaching far back to when, as a kid, I placed my little green army men on our big train table. Looking back, that train table was pretty impressive, featuring multiple model buildings built for me by my woodworker grandfather, a forest of trees, bright working lampposts, railroad equipment galore, and much more. I wrote rules for a tactics game using those little army men, and the peaceful New England town represented on that table became a warzone. A foreshadowing of my eventual flirtation with Warhammer 40K.

It’s something about the tactile nature of miniatures games that gets to me. You have to get down on their level to measure distances and lines of sight. The Star Wars: X-Wing Miniatures Game has all that, plus all the spaceships any kid growing up with the Star Wars franchise has been enchanted by thanks to their inspired design. If you don’t move a TIE Fighter around the board without the requisite roar, I don’t know if there’s much that can be done to fix you.

I arrived at Star Wars: X-Wing Miniatures Game in a roundabout fashion, actually playing the rival Star Trek version of the game (Attack Wing) with a coworker who introduced me over office lunch breaks. Star Trek is one of those franchises I’ve always enjoyed, but I’m embarrassed to admit I’ve never really deeply engaged with beyond a few random TV episodes and some of the movies. Still, I was spellbound by the mechanics of Attack Wing. It’s a game of plotting tactical decisions, enacting those decisions, and then rueing your poor choices.

Moving onto a new job and thereby no longer in regular contact with that now-former coworker, I still often thought about Attack Wing. As I started to add it to a wishlist, I learned that the Star Wars: X-Wing Miniatures Game was essentially the same game with pretty much the same ruleset, but set in the Star Wars universe. It felt like infidelity to go with the other game, but… TIE Fighters… So, I began to amass a fleet.

My fleet-building began slowly and frankly, reluctantly. The Star Wars: X-Wing Miniatures Game is a giant scam. The models are outrageously overpriced and then you throw in the fact that I entered at a weird time, when a second edition of the game had just been launched with changes to the gameplay significant enough that you couldn’t just mix the two editions. You could, however, pay for the privilege of buying incredibly expensive “conversion” kits that give you the necessary cards to make those 1.0 ships playable in 2.0. So generous of Fantasy Flight Games.

I know, I know. I could have and should have walked away, but it’s a fun game that I wanted to play more of and one day introduce to my kid. So, instead, my approach to the game became much more conservative. I’d collect a handful of ships and that would be that. It would be lovely to have a table full of models and pit them against each other in an all-out battle, especially including some of the larger cruisers and such… but there’s just no way to purchase those models responsibly.

Gosh, I enjoy this game though. It’s a game about managing momentum, yours and your opponent’s. Your ships can’t stop moving and you must steer them in a way that both avoids collisions and keeps your opponents in your firing arcs. At the beginning of a round, players simultaneously and secretly declare what movement templates each ship shall use. There’s no going back once they’re set. You’re not allowed to pick up the templates and measure, so you have to “eyeball” the situation and hope your sense of the physical space is good enough. There have been many comical situations when either myself or my opponent completely misjudged the arc of an angle and crashed into an asteroid.

I’m not the kind of person who goes to tournaments for games like these, though it sounds like pre-pandemic they were still going strong. I mostly played X-Wing with a friend who I shared a regular, “let’s play the games no one will play with us” night. But then, you know, COVID-19 came along and the very idea of playing board games with anyone outside my household became a cruel joke.

Deep into the pandemic, I still occasionally check out BoardGameGeek.com when I should be doing other things, and one day I came across a post from someone who has been maintaining an app where the app itself will play the Star Wars: X-Wing Miniatures Game with you. I’ve also never been the kind of person to play solitaire board games—too much work to take out and set the pieces up when there are plenty of great video games out there to be played— but this was intriguing.

One quiet Saturday I broke out the cheap black tablecloth I bought to simulate deep space for games of X-Wing, the fishing tacklebox I bought to better store the game’s miniatures, microwaved some of the morning’s leftover coffee, and then booted up the X-Wing AI app by Joe Masilotti.

It worked ok! Sorta. The app plays the side of your opponent, deciding where its ships should move based on a compass/heading system. The app has a checklist of actions those ships should take based on what’s going on at that moment; the priority always being to attack. The app suffers from all the pitfalls you might imagine. It is completely unable to recognize obstacles on the board; the second turn of the game featured the hilarity of one of the app-controlled TIE Fighters racing straight into a cloud of space debris and critically damaging itself. Not that human players are immune to misjudging distance, but this was often high comedy.

Eventually I learned that you just have to give the app some wiggle room and occasionally make a better decision on its behalf. In one instance, Darth Vader flying his Advanced TIE Fighter had a clear shot at my ship’s rear, but the app doesn’t account for pilots’ special abilities, and in this case, Darth, had he been controlled by a human player, could have really messed me up. So, in the spirit of creating a fun game for myself, I activated Darth Vader’s special abilities on the app’s behalf and my X-Wing was blasted to bits.

Then, something I didn’t expect happened. My six-year-old who had been playing quietly up in his room (a Saturday miracle) came downstairs. I had been prepared for this part, knowing he’d be irresistibly drawn to the game as soon as he saw what I was doing; I figured when he eventually showed up, I’d let him move some of the models or roll the dice. However, he picked up the rules of the game far faster than I thought he would and suddenly, we were playing a cooperative game of X-Wing against this app. It was wonderful to be able to teach my kid the in’s and out’s of the game without also worrying about taking it too easy on him; being a teammate, he also acted as a balance to the clumsy app. A couple games later, my son was squarely in charge of Luke Skywalker’s X-Wing and I was in charge of Han Solo’s Millennium Falcon.

The Star Wars: X-Wing Miniatures Game is far from perfect. It’s irresponsibly expensive and too often the randomness of its dice rolls lead to games that take far too long to complete. I classify it as one of those games where you should let a gullible friend buy it and you play their set with them. I’m that gullible friend in this case. Nevertheless, after discovering the X-Wing AI app, it gave the game new life for me, and opened a whole world of geekiness for my kid. We ended up watching Star Wars: A New Hope that night. Now I just need to figure out how long I can put off ever having to watch or explain episodes 1-3.